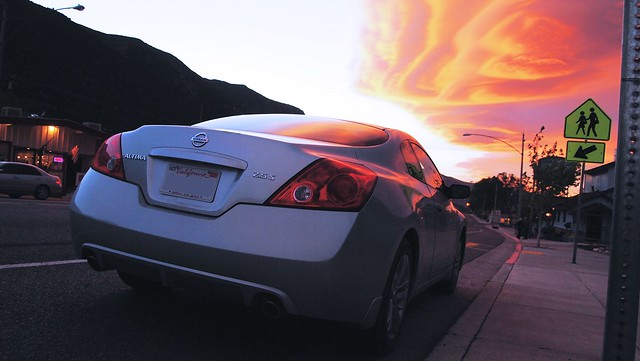 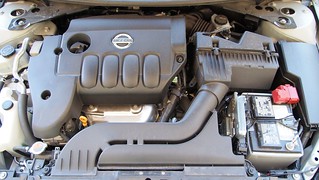 Under the hood is the identical powertrain found in the Sedan. A 2.5L inline-4 (QR25DE) engine that pumps out the same 175 hp, 180 lb-ft of torque, and mated to Nissan’s Continuously Variable Transmission (CVT) with 6-speed manual mode driving the front wheels.

On paper, the Coupe’s 70 lbs reduction in curb weight (3,124 lbs) is inspiring in the performance perspective where each ounce counts toward that thousandth second reduction in lap time. On the public road, however, performance gain is irrelevant; considering most people stores just as much junk in their trunk at any given day.

On the road, the Coupe offers the same exact performance. The mid 8s 0-60mph, and mid 16s quarter mile acceleration times are same as the Sedan. No special tuning is experienced nor discussed by Nissan. 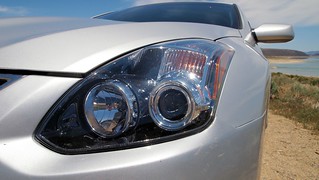 What was true from our previous review on the Sedan remains true, “…throttle tip-in… is a bit aggressive. The car will lurch forward at the first inch of pedal travel. After that the pedal has linear input…Place the CVT in manual mode, it’s shifting is as responsive as Euro’s finest DSG/DCT transmissions. It up-and-down shifts quickly and smoothly.”

“…Cruising at 70mph, engine speed stays at fairly low 1,800 rpm for a 4-banger to conserve fuel. Thanks to the healthy low end torque, the Altima doesn’t feel like it is in the wrong gear lugging the engine. Combine with CVT’s quick response to throttle input, the engine revs up to desire rpm very quickly for instantaneous acceleration when needed.”

Overall, pinching the throttle down, you won’t notice whether it’s a Coupe or Sedan. 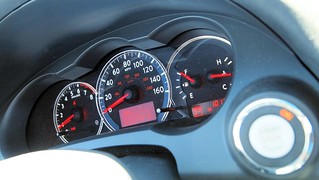 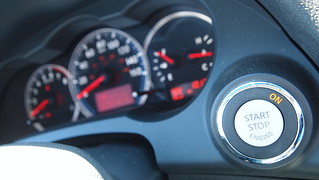 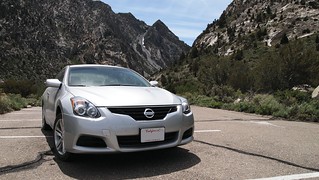 Mechanical components on the brake system are a clone to the Sedan as well, “Four wheel discs brakes…Front consists of 11.7” x 1.02” vented, and 11.5” x 0.35” in the rear…standard with 4-channel Anti-lock Braking System (ABS) with Electronic Brake force Distribution (EBD) and Brake Assist along with Vehicle Dynamic Control (VDC) with Traction Control System (TCS).”

Similarly, “…a low effort pedal. It is not what car enthusiasts’ would prefer but otherwise, the pedal feels right-at-home, Nissan. It has linearity in response – the harder you step on it, the harder it stops – which makes for intuitive modulation.”

Stopping distance is better than expected. On paper, the stopping distance from 60 mph is also equal to one another at 125’. No fade was experienced when descending the Sonora Pass Summit.

Overall, jamming the brake pedal to the floor, you won’t notice whether it’s a Coupe or Sedan. 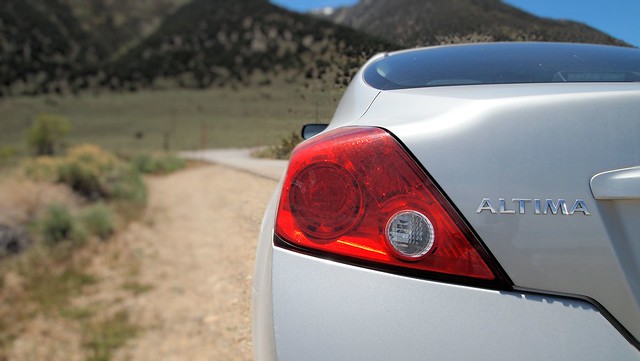 Afterthought – One of the Worst Car You Can Buy

While we are still in a haze of why people would buy an Altima Coupe that drives just like the Altima Sedan, lacks practicality, and cost more. The car industry professionals have also shed light on this.

In summer of 2013, Edmunds.com rated the 2013 Nissan Altima Coupe as one of the seventeen worst cars you can buy in 2013. They claimed that the Altima Coupe has no noticeable improvement in performance, and driving dynamics to justify the lost in functionality, and higher cost than the Altima Sedan. Worst yet, the Altima Coupe doesn’t support the image of the, supposedly, fun nature of 2-door cars. There are also numerous options in the market that offers better bang for the buck. End.