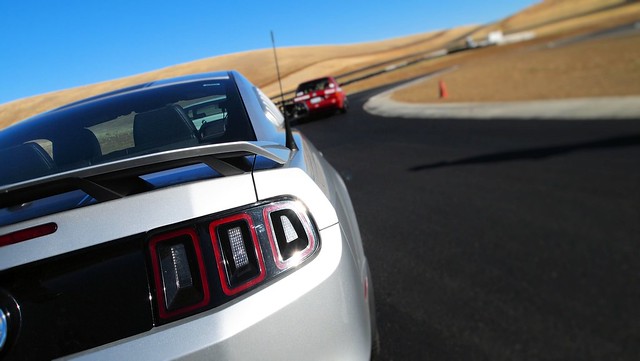 The following turn-by-turn guide is based on very limited track experience (two novice track days) at the new Thunderhill (West) race track. By all means, this is an introduction for first timers at T-Hill West. Track driving is dangerous. We are not liable for any mishaps from this guide. Drive with caution. 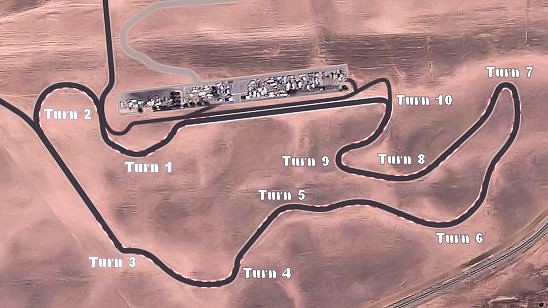 Turn 1: A consecutive left-right-right corner. The first left-right has the potential to carry a lot of speed from the front straight. Brake zone is the short distant before the second right. In this area the surface may look pancake flat but car tends to behave like there is a bit of off-camber. The rear end loves to step out neutrally. It can get hairy if trail-brake to deep into the turn. If catch the rear rotation right, steering input is reduced. Watch out for slow cars entering from the pit near Turn 2.

Turn 2: A wide, high-camber sweeper that almost resembles the high bank of an oval track. Car grips well. Use throttle to keep car on the line. Watch out for pavement undulation 3/4th into the sweeper. This may upset the grip. Also true at the exit where the crown of the pavement slopes back toward the outer track. This crown acts like off-camber.

Turn 3: A high speed left kink that resembles the character of the left turn between Bus Stop and Truck Stop at counterclockwise Buttonwillow Raceway. To get this one right, brake zone is one of the few conventional and straight line one, fully utilize the right side of the track before entry, and aim the driver-side tires to the middle of the triangular concrete pad on the left. If not hitting the concrete pad deep enough, will risk dropping the passenger-side tires off pavement at corner exit. But going too deep and beyond the concrete pad, there is a risk of bending some wheels from the rapid drop off. 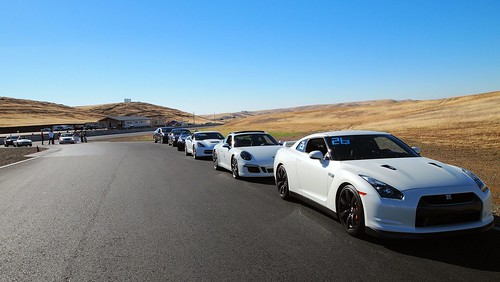 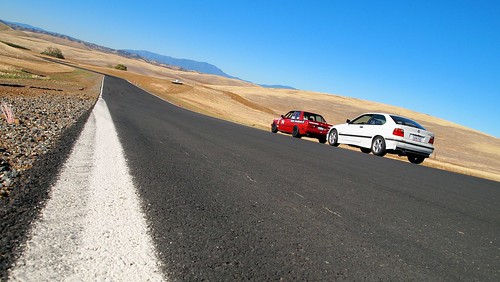 Turn 4: A decreasing radius off-camber left turn then follow by a gentle ascending right turn. The trick is to stay wide to the right. Late apex the left turn, can get on gas as early as the left tires depart from the concrete band then immediately clip the right concrete curbing to fully straighten the car. It is a corner without designated straight line brake zone.

Turn 5: A high speed right turn then opens up to the Esses. By far the easiest, and quickest portion of the track. Stay on at far left before the entry, brush the brake to setup for the right turn, clip center apex of Turn 5 on the right. Full throttle can be applied just pass the flag station. The steep camber near the apex keeps the car planted. Any ounce of forward momentum carry through Turn 5 will be awarding as the descending Esses can almost treat as straight line. Our MSM can easily reach 90 mph just before Turn 6.

Turn 6: A tricky off-camber decrease radius left turn with descending entry, ascending mid corner, and descending exit. The entry is a bit similar to Turn 4 except for higher speed. Car carries a lot of momentum coming down the Esses. Need to stay wide at the far right at the entry and late apex this corner. Also, brake zone is not in a defined straight line. Easy to overcook, if a wheel is drop off of the pavement, offroad excursion here can be very damaging. Exiting Turn 6 is a over-crest descend leading into Turn 7. While cresting, the sky and the hill are the only things in the windscreen for a split second. The key is to aim the car between the 2nd and 3rd electric pole from the left. Bring the car to the outside at the descending portion to setup for Turn 7. 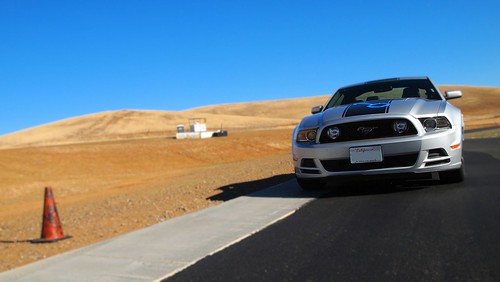 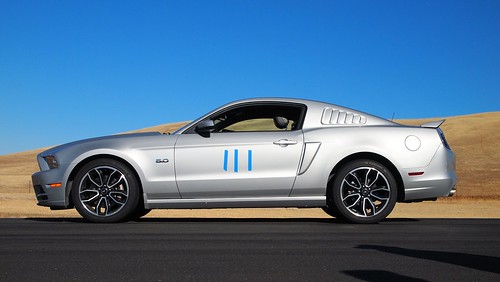 Turn 7: A fairly unique hairpin turn, also the slowest turn of T-Hill West. The hairpin is easy to navigate as long as not fighting understeer through the turn. The gain at Turn 7 is not the turn itself. It’s in the brake zone before it. Often observed fellow trackers follow the outside curve of the pavement as they are coming down from Turn 6 exit and use this curve as the brake zone. Braking in a curve is never the most efficient. It is easy to out-brake cars on the curve by clipping the inner track on the left and braking the car in a straight line. A little unorthodox but feels more natural for the car. Also late apex Turn 7 is the key. A light agile RWD car, such as a Miata, will have fun here.

Turn 8: A blind, quick, steep descending 135-degree right turn; a bit like the Lost Hill at Buttonwillow. The key is to not upset the chassis while going down the steep slope by finishing all the turning before the descend. Turn-in early, aim for the mid apex on the right. Straighten wheel as the car starts to descend. Very easy to spin with rapid movements. A very dangerous location to have a spin out. Other drivers won’t see the car parked at the bottom of the hill until he is committed to the turn. DO NOT SPIN, or STOP here.

Turn 9: a 90-degree right turn with high camber. The camber really makes the car stick to the track. Should be able to carry a slightly higher speed. The key is really turn the your head close to 60-degree to look at the apex on the right for a cleaner line. The brake zone is a conventional one, the ascending portion before the entrance really help slow down the car.

Turn 10: a two consecutive left turns where first left has great radius than the last. They are relatively straight forward. Early apex the first left, track wide, then late apex the last turn, and get on the gas as soon as the car is settled for the front straight. Very important to not get on the gas too early. The concrete wall separating the pit and the track is just right there. STEP WITH CARE. LZG 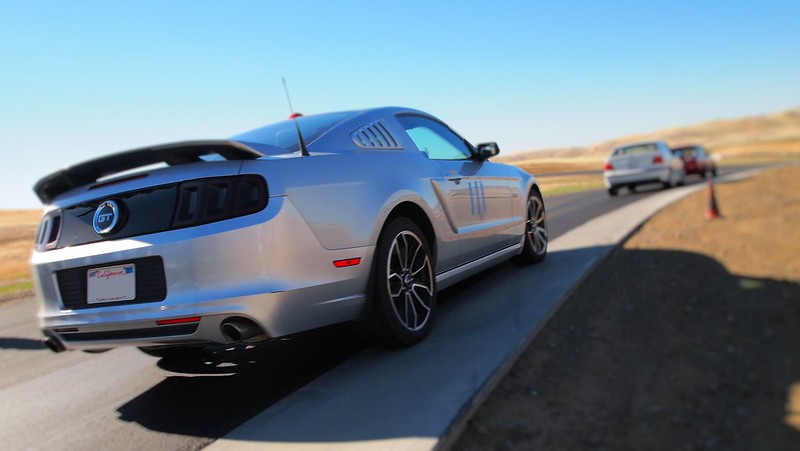