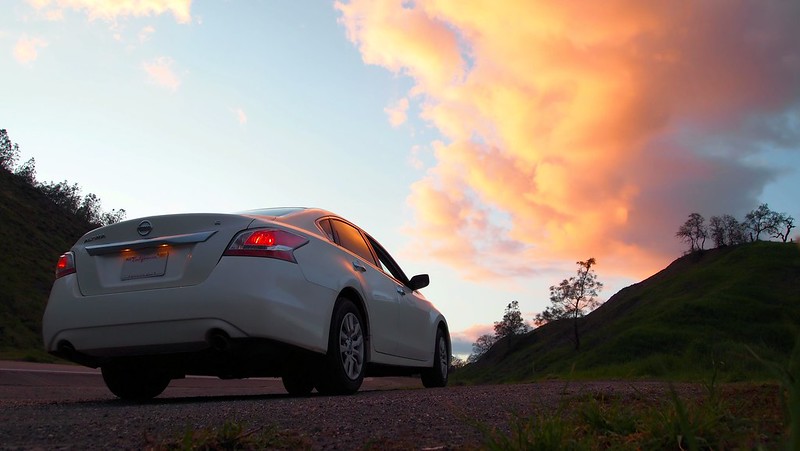 The absolutely worst part of the car is the steering. It is completely dead and dreadfully light. There’s no weight gain anywhere in the steering range. The on-center feel is nonexistent. Road feel is outrageously vague if there’s any at all. We wondered if the steering is taken straight out from an obsolete commercial truck. We are not kidding about this.

More annoyingly, there’s a constant non-stop electric high pitch electric drill whine coming from the passenger side of the engine bay audible in the passenger compartment. Outside of the car, the whine is very pronounced and sound like a worn out alternator bearing. With slight steering input, the whine gets louder and like a commercial jet lowering its landing gear. These industrial attributes just don’t belong in the Altima. It is the electric power steering unit.

The noise is much more noticeable under cold weather. It is a well-known concern from owners since 2013. Nissan had attempted to fix the problem by redesigning the bracket to further isolate the resonance. Various sound suppression are employed such as extra piece of molding on the side panel to seal the gap between the hood and the use of noise absorbing mat on the electric pump. 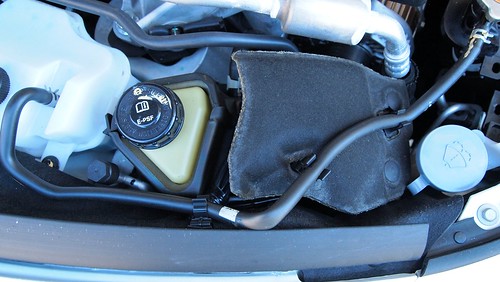 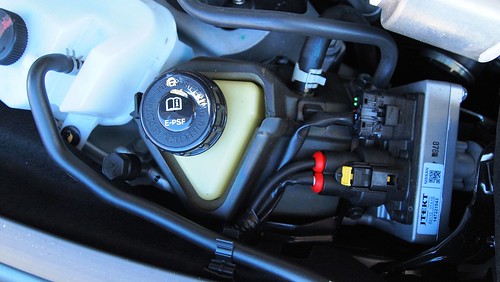 The unit in question is the JTEKT made Electronic Hydraulic Power-Assisted Steering (EHPS). EHPS is the first phase in converting conventional engine powered hydraulic power steering (HPS) system to electric power-assisted. The EHPS retains the conventional hydraulic control system while the engine driven pump is replaced by a variable speed electric pump. A microcomputer taking inputs from steering angle and vehicle speed to provide optimum steering force. All in the sake of saving fuel by reducing parasitic load from engine.

The EHPS was initially designed for sport utility vehicles, and small trucks since the commonly applied rack-mount (R-EPS) or column-mount electric power steering (C-EPS) units are unable to provide the axial force at battery voltage. It’s interesting that Nissan uses the EHPS instead of the RM or CM that are more suitable for passenger vehicles.

Research conducted by a leading EHPS supplier indicated that steering feel and user satisfaction of EHPS is generally better than or equal to HPS. As such, this should retain the natural steering feel as the L32 however this is not reflected here in the L33. The attributes EHPS retained are the more conventional 16.4:1 steering ratio and 2.9 lock-to-lock turn.

To shed more light on this, the same research also suggested that HPS has the lowest cost, and R-EPS has the highest cost while C-HPS and EHPS are in between. With the understanding of the engineered by accountant scheme, cost saving should be the reasoning here since the same EHPS can also be used in the Nissan CUVs such as the ’15 Murano where it shares the bulk of the mechanical components with the Altima. 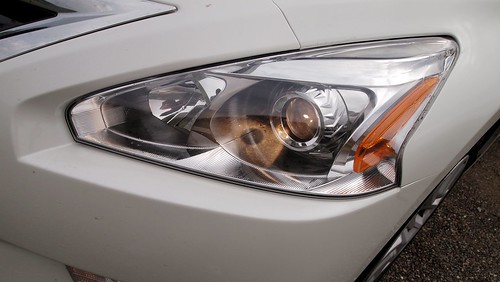 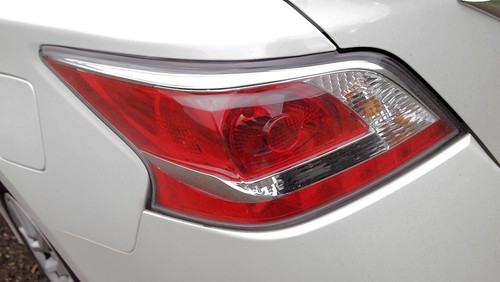 The “D” platform architecture still underpins the L33, and features the midsize segment standard suspension setup; McPherson struts in the front, and multi-link independent in the rear with 22.2 and 22 mm stabilizer bars at the front and rear, respectively. The rear multi-link setup has been updated to increase lateral suspension stiffness for better controls on toe and camber angles to provide better tire contact in cornering maneuvers. ZF Sachs, a German supplier, shock absorbers are utilized.

Contact patch is provided by a set of P215/60R16 Hankook Optima H426 Grand Touring All-Season tires. These made in Korea tires have 640 treadwear, B traction, and A temperature Uniform Tire Quality Grading (UTQG) ratings. These tires howl and scream easily. Grip is inferior; the car doesn’t like to be rushed, has no tossibility, just won’t hook to the road whatsoever. On the plus side, hydroplane resistance is good. Road noise is minimal yet communicative.

Traditionally, Nissan is known for its agile handling with firmer than average suspension tuning. Riding on overinflated tires was once the Nissan character that we had grown to enjoy. Recent Nissan products have eliminated this character for both the good and the bad. 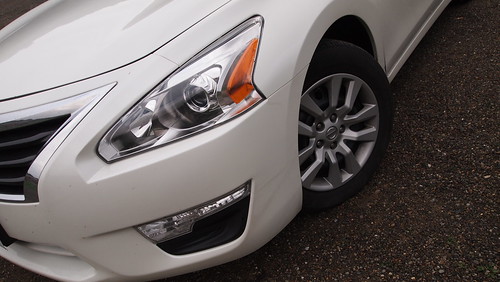 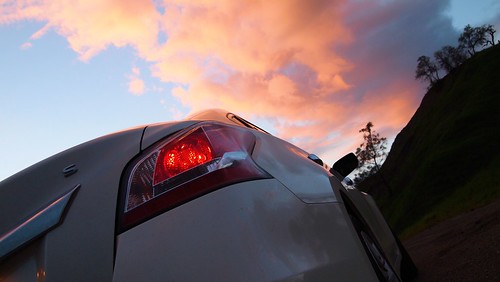 For the good, the ride has gotten smoother and will please more shoppers who cross shop the fully-encapsulated-in-lard Toyota Camry. The shock absorbers on softly sprung spring rate do a great job in preventing dental work by smoothing out the truck-beaten concrete pavements on I-5 where any car with sports suspension would shake the teeth out of the occupants. 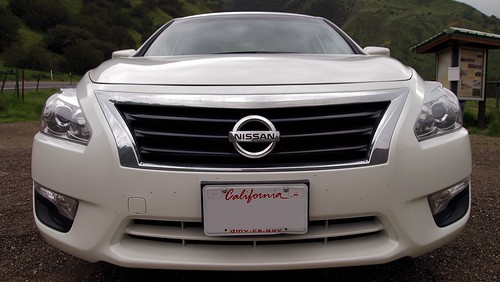 The bad, the once driver-machine connected sporty ride is no longer here. What’s here is excessive amount of body roll in the corners. This body motion also takes a while to settle. In conjunction with its long wheelbase chassis, the Altima respond to consecutive cornering unresponsively. Taking the body roll, and tire howl out of the equation, cornering limit is higher than expected and able to vaguely hold on; just take a deep breath and have to convince ourselves mentally that, yes, it can do it.

The revised rear suspension allows more negative camber gain under compression. The rear is more willing to rotate than L32 but its feels a bit artificial. The Active Understeer Control (AUC) is employed here in the L33 to increase the yaw-moment to correct front-wheel drive’s natural understeering by applying front brakes at strategic moments.

Under extreme cornering, the L33 plows the front tires exhibiting severe understeer with the Vehicle Dynamic Control (VDC) flashing in protest. The Hankook Optima H426 tires on this particular tester might not be doing the handling department justice since Altima typically equips with the much better Continental ContiProContact tires.

The frontend has difficulty putting power down to the road in the straight-line. Wheelspin are fully permits in the default VDC mode – blame the low grip tires. The amount of torque steer is about the same as the L32 however the magnitude is filtered by the vague and light steering. On paper, this setup generates a low 0.80 lateral g-force. 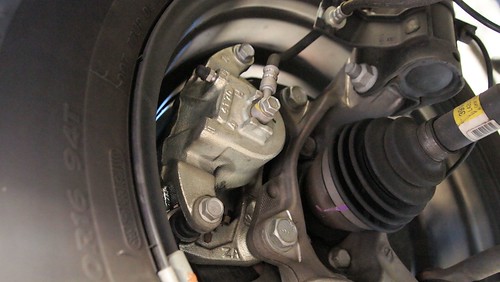 The only and fatal change is the departure of Nissan’s excellent brake pedal operation. The pedal here is extremely light. Seems like only 2 lbs of force is needed to operate the pedal which making brake modulation a term of the past. Our seasoned right foot has a hard time exerting the intended amount of braking precisely. The experience worsens as the stopping power is non-linear, and there’s absolutely no feedback. Not sure how common Joe can operate it smoothly. This might hint the unintended brakes slamming that we frequently seen on the road. 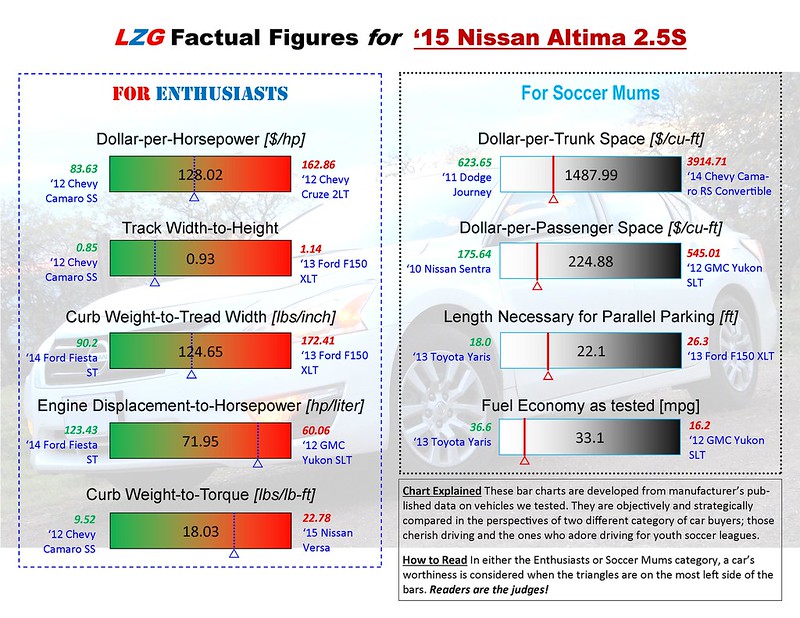 For a car with ample size, drives with stress free smoothness, economical to operate, and while being $575 cheaper than a 2012 model could be an accounting marvel. Comparing to the rest of the segment for basically the same price there are some much better options to consider than the Altima: the Mazda 6 offers more technology, better styling, sports car like dynamics, and made in Japan quality assurance, the Ford Fusion for its Aston Martin like appeal and diverse lineup of turbocharged engines, and the feature loaded Kia Optima.

If you want a lackluster midsize sedan just go buy a Toyota Camry, it has proven itself being the king in that regard. It breaks our hearts to see Nissan Altima going down this route and leaving it in a limbo between the king of lackluster and king of excitement. To think out of the box, with a budget of $24,000, go grab the ’15 VW GTI for excitement with everyday practicality, or the ’15 Mazda 5 mini minivan for quality-built family oriented practicality. End of discussion. The midsize sedan segment is getting extremely dull as it is fueled by the extremely dull buyers. LZG 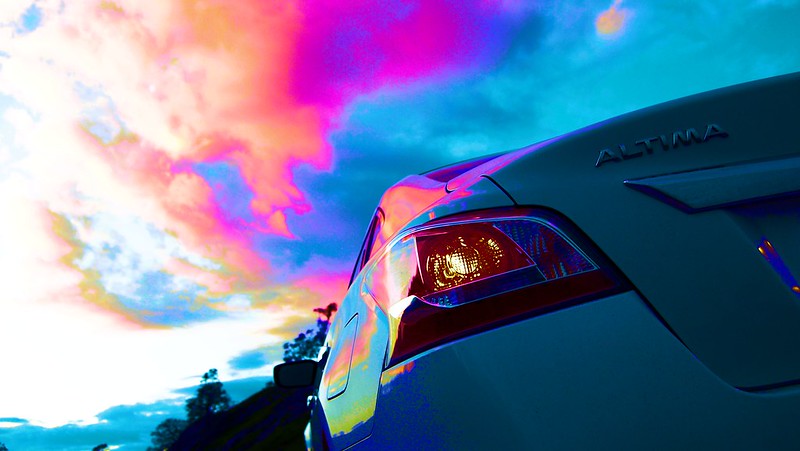