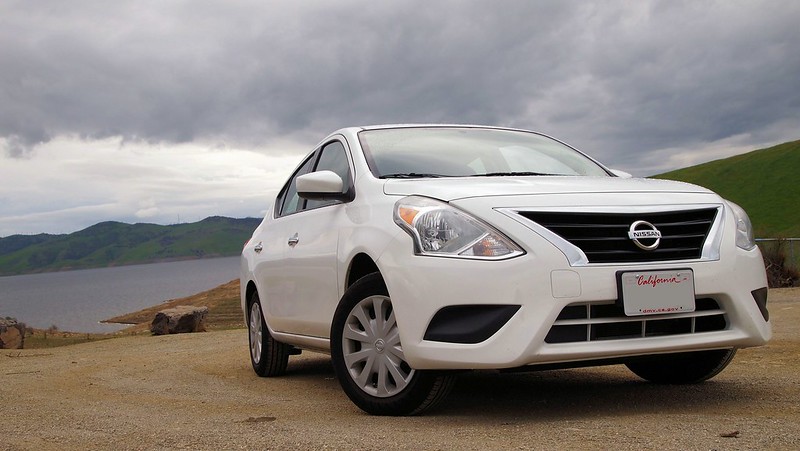 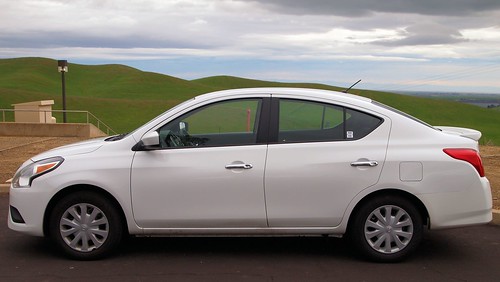 The subcompact segment in North America is hard to understand. it is a relatively new and immature market where car manufacturers are scrambling to adapt to the market that is more familiar with bigger cars. Secondly, the consumers don’t exactly know what they are looking for in a vehicle that often is their very first automobile ownership experience. Third, with the developing countries gaining momentum on car ownership, the first order of business for automakers are to quickly create an affordable product to capture those markets. That affordable product is often a subcompact.

Where did Versa come from? Definitely not Europe. 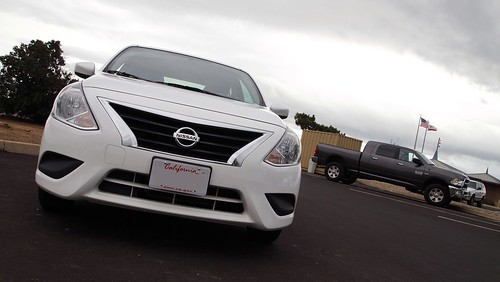 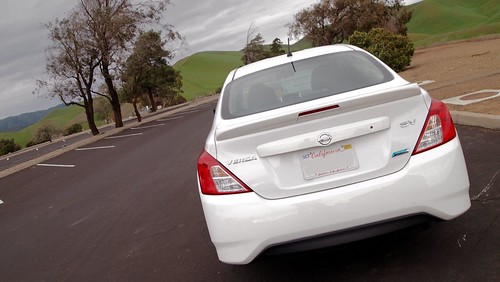 The first generation Versa (Chassis Code: C11) was debuted at the ’06 North American International Auto Show and introduced to the U.S. market in the summer of ’06 as a ’07 model; just before the recession when the market gained attention to fuel efficient low cost automobiles. The C11 competed in the subcompact segment along with the Honda Fit, Hyundai Accent, and Toyota Yaris.

Initially the Versa was solely available as a 5-door hatchback. The 4-door sedan version joined the lineup in the 1st quarter of ’07. Two trim levels were available: S, and SL. The Aguascalientes, Mexico assembled C11 was powered by MR18DE engine generating 122hp and 127 lb-ft of torque mated to a 6-speed manual, or 4-speed automatic transmission in Versa S or Nissan Xtronic Continuously Variable Transmission (CVT) in the SL. 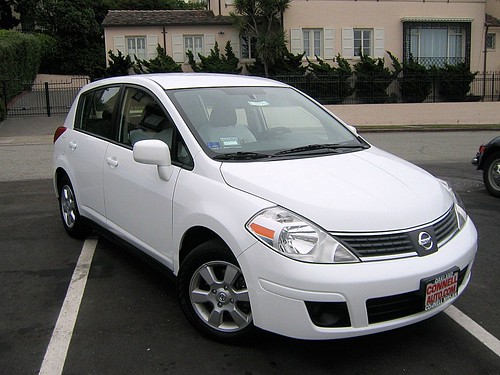 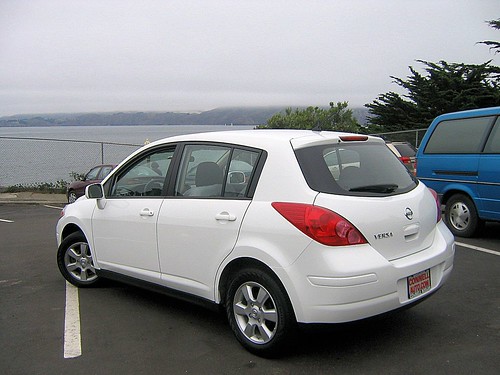 The C11 is so good that we picked up an early production SL hatchback in summer ’06. We were very much impressed by its stress-free driving environment, efficient powertrain, practical spaces, good workmanship and quality material. It has been serving us reliably for the entire duration and possibly for years to come.

A complete redesign took place in ’11 where the Versa hatchback and sedan took on a different direction. The sedan retained the Versa name tag while the hatchback became Versa Note. To us a Versa without a hatchback in the lineup is defeating the original “versatile space” design philosophy. A sedan will just never be as versatile as a hatchback, period. This divergence also caused heartburn in the original Versa fans as the 2nd generation is a downgrade from the C11 while the segment is now filled with more and better competitors. 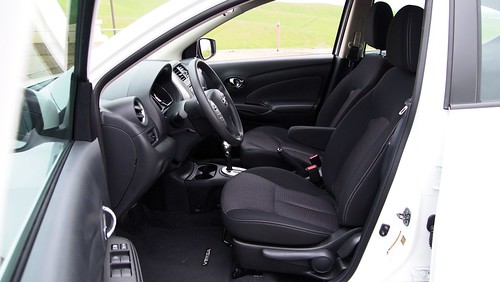 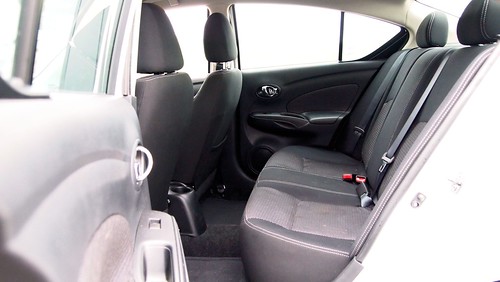 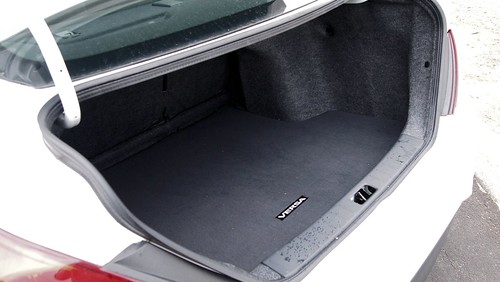 The entire N17 lineup is powered by the HR16DE engine mated to either a 5-speed manual, 4-speed auto, or CVT. In ’15, the N17 receives a facelift including new front and rear fascia, bigger headlights, Nissan family chrome plating grille, new white-on-black instrument cluster, and center stack.

Our Aguascalientes, Mexico assembled tester is the 2015MY SV in Fresh Powder paint. Its $16,535 MSRP including $180 carpeted floor and trunk mats, and $825 for destination and handling fees. 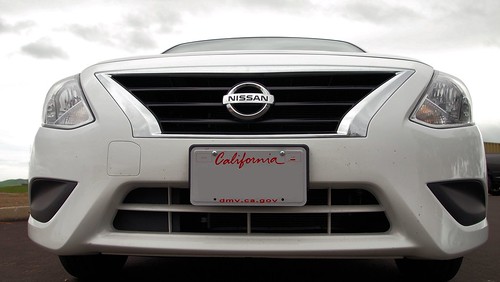 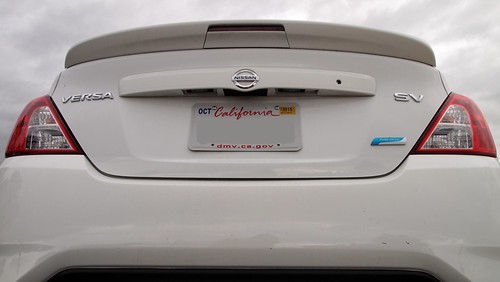 What setting this new Versa apart from our ’07 Versa Hatchback at home are the strong scent of cheapness and plainness. Glancing at brochure, there are four trims for a car this basic. Each trim is virtually differentiated by the most minor aspects of the car from headliner material to color of the side mirrors. Then in terms of technical specification, the diminutive engine output is another disappointment. Newer thing should be better and more powerful, right?

We took the Versa from San Francisco Bay Area to Los Angeles and lived in it for three days and covered over 750 miles on various kind of freeways and traffic conditions. This new Versa is no longer the same old Versa that we love. What it retains the stress-free and relaxed driving experience yet you are too well isolated from the outside world making driving a brainless task. Involvement and pleasure in driving is non-existent!

The immensely bulging head on tiny skinny legs appeal really made a big statement about cheapness. Cars are often model after the shape of an animal or insect; sexy puma for Jaguar, beetle for Porsche. The Versa must then be inspired by the catfish head. We find it to be as attractive as staring at a mid-age man’s chain smoking teeth. 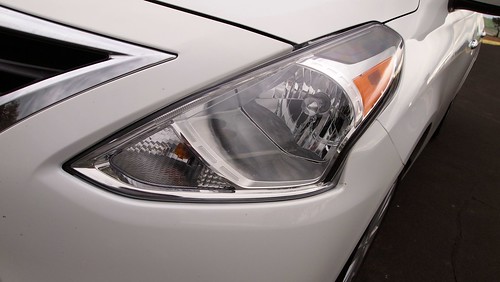 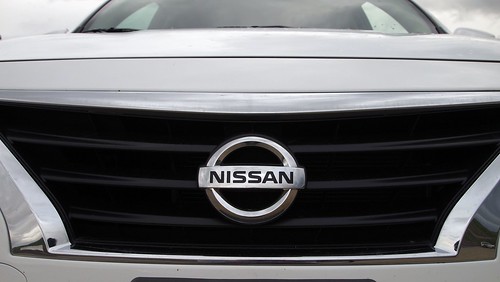 Headlamps seem two sizes bigger than necessary and take up half the width of the front fascia. The Nissan family grille is narrowly squeezed between them with a Nissan badge so enormous that it could be seen from the moon – what a disgrace to place a big company emblem on a thing that looks so despicable and nerdy.

Inhibiting the nauseous sensation and focusing more on the subtleness on the rest of the exterior. Some goodness such as aerodynamic enhancements and windowless A-pillars are observed.

Aerodynamic enhancements such as under car air diffusers in front of the engine and rear wheels, U-shaped roof, gentle ridgelines at the side panels, and the bumper covers are employed throughout the exterior to create laminar airflow from under, around, and over the body. The main key in achieving the remarkable 0.288 coefficient of drag is the management of airflow over the backend of the car. 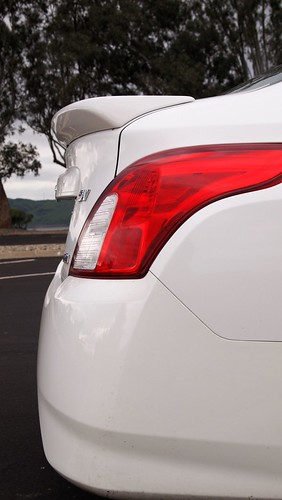 The long and flat trunk spoiler tames the turbulent air caused by its tall greenhouse and short trunk. This spoiler creates a pocket of vacuum zone from the rear windowshield down to the rear bumper. This zone is quite obvious when driving in the rain. No matter how severe the rain storm is the rear windshield remains dry as long as the car is traveling above 50 mph. The vertical fascia on the trunk and bumper get very dirty from the vacuum action collecting and depositing road grime along the way.

Another practical styling cue that we like is the one piece A-Pillar. It is the norm for subcompacts and even compact cars to have A-Pillars that split and make a “Y” at the bottom due to the protrusion of the windscreen and firewall toward the front strut towers. Thus making the A-Pillar wide and create a big blind spot. As the result, often need to look though the side window when making left turns. Not the case here anymore, the convention A-Pillars makes visibility more conventional. As the added bonus, the front door windows also don’t require the use of a fixed triangular glass. The entire window can go down making a bigger opening for a more unrestricted feel.

Inside the car, the cockpit is as plain and generic as a freezer door. Cost cutting and simplicity are the theme of the cockpit design. Material selection is a downgrade from C11. Hard plastic is everywhere from dashboard to steering wheel. The switchgear can be operated by anyone in a coma. The standard 4-speaker audio system produces the kind of dead flat sound waves that will make the conscious ones to join the ones in coma. Door panels have no precut for tweeters. Hinting no better sound system is offered in the higher up trim. 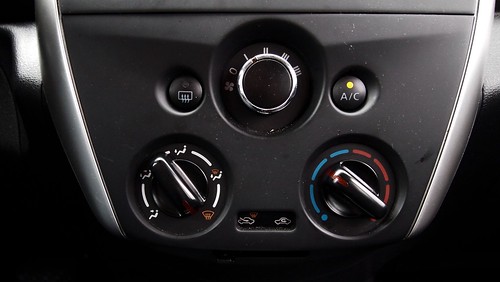 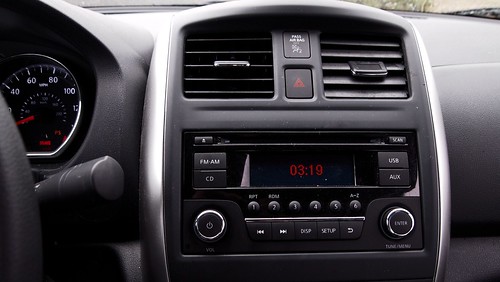 The conventional analog black-and-white instrumental cluster tries its best to bring in the elegant look from an older Infiniti product on a nickel and feels out of place from the orange illuminated center console switchgear. The rough low resolution audio LCD display constantly reminds us our low social status. So does the tilt only steering wheel. With the 6-way manual adjustable driver’s seat, good driving posture for our physique is still achievable. Just like any Nissan product, we never had any problem with ergonomics. 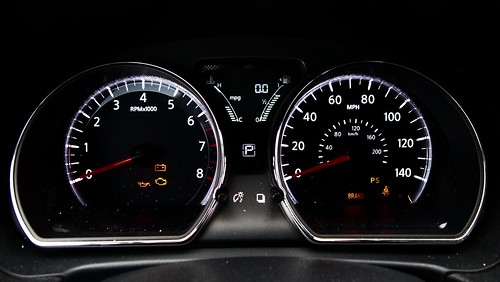 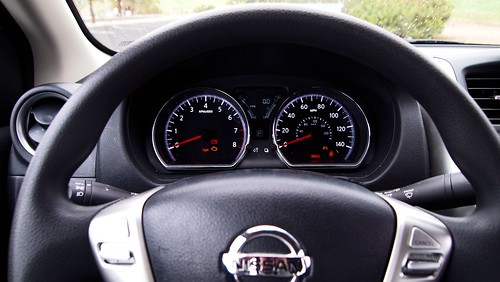 Attention to detail is as good as any subcompact. There are total of six cup holders for a car that sits five and all located in the front; front door panels, in front of shifter, and behind the handbrake. A small pocket next to handbrake for cellphone, and the AC outlet and USB/AUX ports are conveniently located nearby. Sunvisors are extendable. In lieu of a mirror in the driverside sunvisor is the instruction on how to defog the windshield using the HVAC controls; totally meant for the first car ownership experience.

Either it’s for a younger driver as their first car or developing markets like China where they have no prior exposure to the art of driving, Nissan made driving the Versa the simplest task in the world by giving the car a well-integrated powertrain. 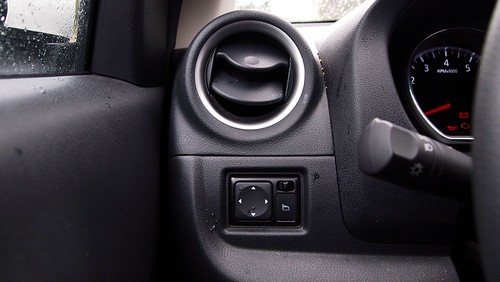 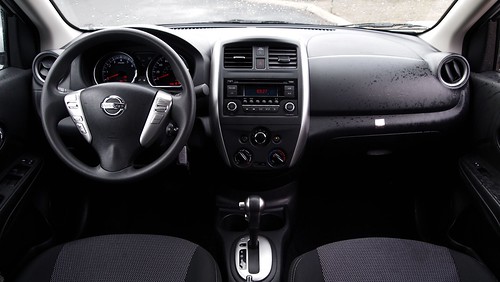